Every spring and into the summer the hard fighting tripletail invade the waters of coastal Georgia. As the water temps rise we find jumbo specimens around channel markers and other fish make their way into the spartina-laden marshes. These fish are a unique target and we normally spot these fish and sight cast to them with a live shrimp a short distance below a cork or with a well placed fly. When hooked this seemingly docile fish changes its attitude and digs hard for its freedom or puts on a series of acrobatic jumps. This world class fishery is something that many people look forward to every year in St. Simons and Jekyll Island. 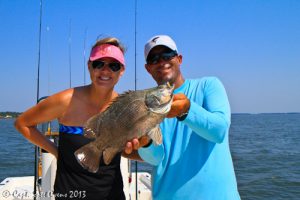 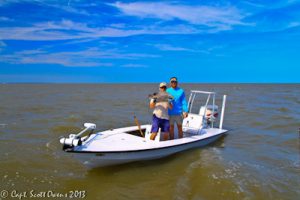 Capt. Rob with a 8 pound Tripletail caught on fly near Jekyll Island. 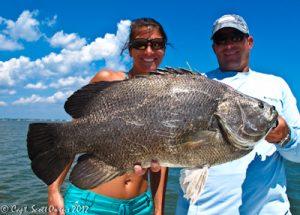