I booked a tarpon trip about 3 months ago and new it would be hit or miss as it would be early season here in Georgia. On Monday a week before the trip no one had seen or tried to catch any tarpon. The bait was no where to be found and the wind was still blowing. Everything changed though on Wednesday when the winds let up and I headed on an afternoon trout trip across St Andrews sound in search of some trout. On the way in I saw what I thought was a tarpon free jump in the middle of the sound. The next day I was fishing the beach and had a small school of fish roll past the boat so I knew that they were here. We left the dock at 10am low tide and headed out. After catching bait we started south looking for schools of rolling fish. It didnt take long to find what I was looking for turns and gullson the sky line. As I headed east offshore I started to see schools of bait getting slammed and soon saw a tarpon roll. We anchored up and set the lines out. With in 5 min. we had a fish crush a free swimming bait and jump 3 time before comming off. Soon after we had around 50 to 60 pound black tip and brown nose sharks lite up our drags for the next 20 or 30 min. then it happened again this time a bottom bait and we were hooked up to a fish that we know was what we were after. How because it about jumped in the boat after making a quick run at it. THe rest of the day was filled with schools of bait being hurled into the air as hungry tarpon and sharks followed them by the boat. We ended up 3 for 7 and it was the first day anyone had been out for the silver king. It looks like we are going to have another great year of tarpon fishing here in the Golden Isles.

Bow to the beast and come see what its all about. 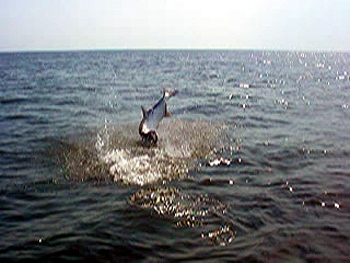 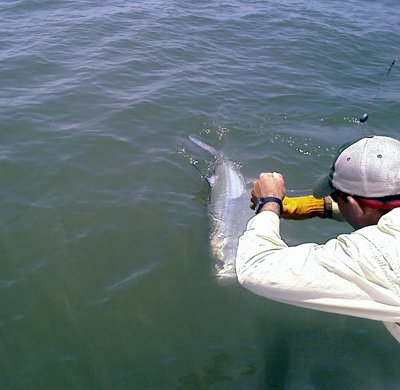 A little part of fishing heaven right here in Geor

Always love fishing with the crew from Kentucky!!

W.R. At it again. Hard to believe this young man i

The fishing world has lost a great inspiration and