Well June has come to an end and WOW what a month fishing in Georgia. I had several clients set personal bests with redfish and trout and the trout bite is still on fire. It is July 5 and I had the pleasure to fish with David Ike and his 2 great sons this morning and they caught over 60 trout several flounder, ladyfish, sharks, jacks, and a few small redfish. Both boys got there first slam catching trout, flounder, and reds on the same day. Early morning low water has produced many redfish and several over 15 pounds. Fishing creek mouths and drop offs has proven to produce flounder and trout. Big trout are still around and we seem to catch most early at low tide on topwater plugs. Tarpon are around and seem to be where the bait is and not in there usual places out on the beach. That can change over night though with a shift of the wind which can move bait over night. Look for bait pods and Schools of jacks on the 3 to 5 pound range frequent the bars beach side on the top and bottom of the tides and triple tail are still floating off jekyll island. I have had my best luck on the last of the incoming and first of the outgoing tide. On the fly try a small floating toad fly with a foam body instead on yarn and boat or artificials work best when used under a popping cork. As for the rest of July I plan on keeping it as hot as the weather. Fish On!!!! 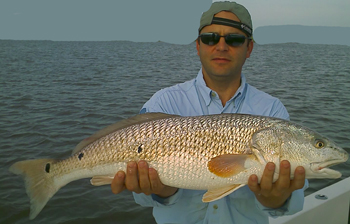 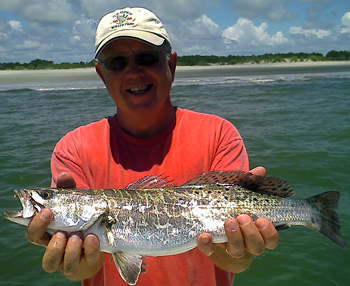 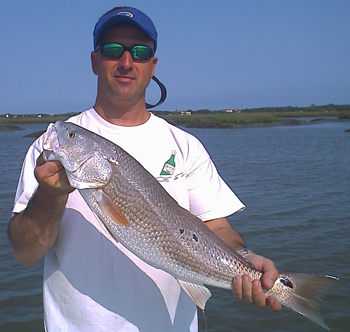