Well I have been on the road fishing but before I left I had Terry Stevens who reps Sufix, Quantum, Strike King Lures, and other fine outdoor products which I proudly promote and use. We headed out the first morning to a special flat which holds lots of redfish and black drum. As I turned the motor off and poled onto the flat I saw tails everywhere. Some red and blue and some grey and blue. Terry locked onto a school of fish and made a perfect cast to the front of the school. As he did I grabbed a rod and cast to the side of the school. Next thing I knew we were both hooked up to big redfish. As the day progressed we catch black drum up to 12 pounds and redfish to 13 pounds. As the tide began to cover the oysters I put on a Strike King spinner bait called a Redfish Magic. Working the grass line I was able to catch several trout to 3 pounds while Terry also caught severel trout on a Zulu jerk bait. The next day we caught over 50 redfish from 7:30am to 10:30am on a small flat that was so full of redfish that we caught them on every cast. Later the same day we worked the inter coastal with spinner bait to score redfish, trout, and, flounder. We must have had more than a dozen slams (redfish, trout, and, flounder)that second day. What a 2 day run we had and we got to test some new rods and reels by quantum which did the job with no problems at all. Look for the super light line of rods from quantum. They are awesome rods. 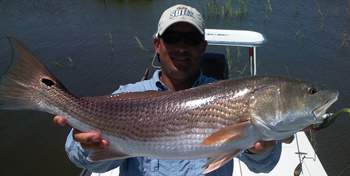 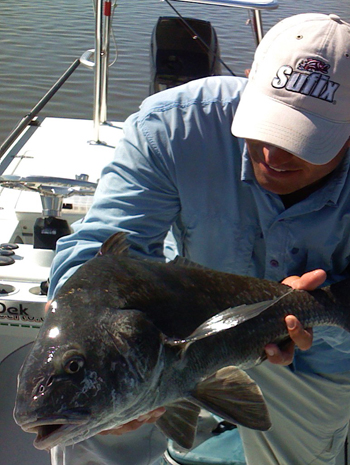 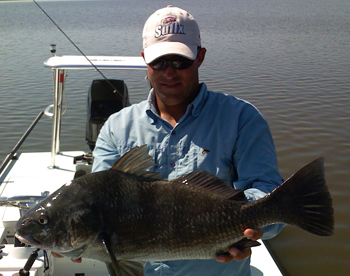 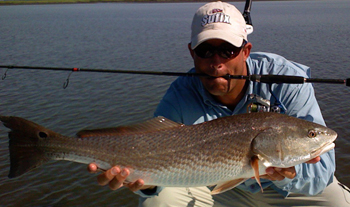 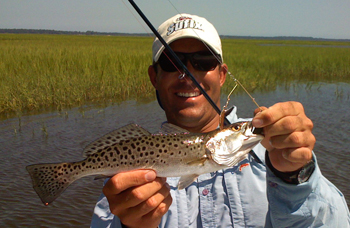 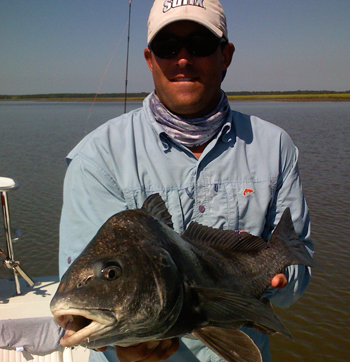 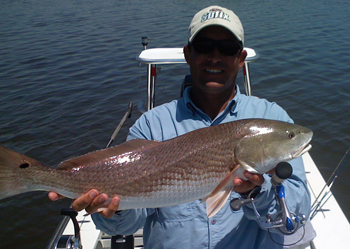 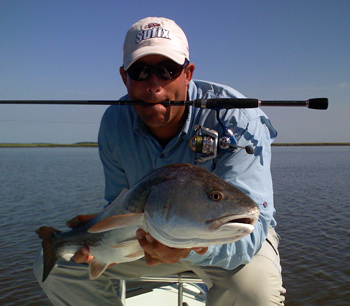 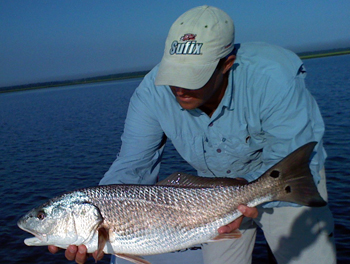 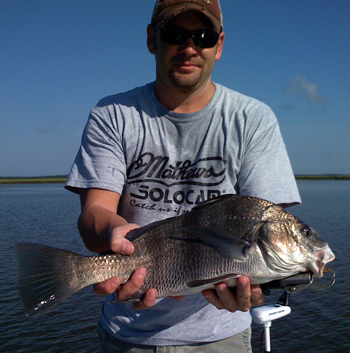 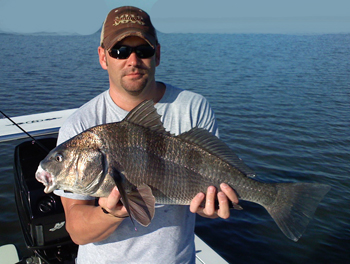 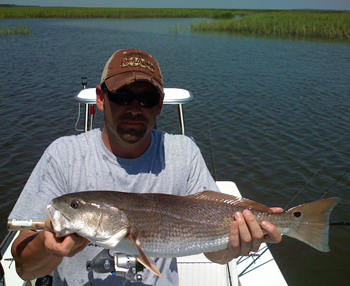 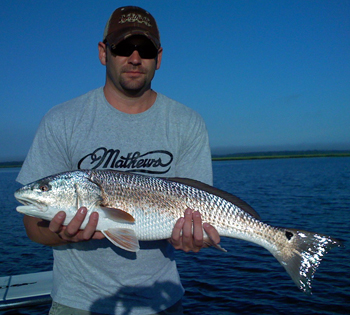 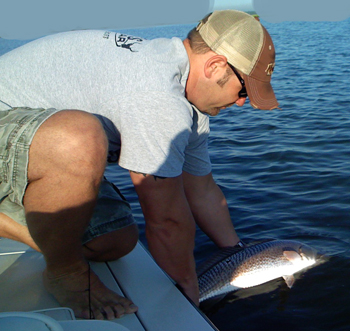 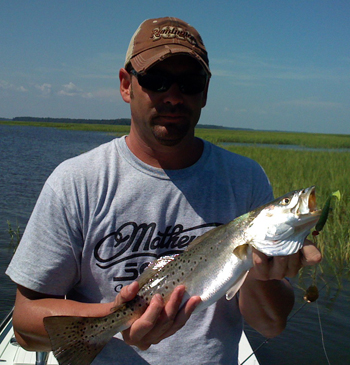