Spring is of course in full swing and the fishing has been really good in North Georgia. The trout never left the rivers again this year and seem to be in every nook and turn on the creeks and sound. Most are averaging around 15 to 18 inches which is a huge difference than the usual 11 to 14 inch fish we are use to. We have been getting them on Fish Bites Shrimp on a jig head and on lead eye toad flies. The Red fish are fat, with the creeks, flats, and just about every spot in the rivers teeming with glass minnows, mullet, shrimp, and crabs. They have the golden coral buffet every where they look. Fishing with Scott Leffler from TX a few days ago we had a 10 pound red fish before the sun even started to show above the shy line and 2 more after that that we both over 10 pounds. We headed out on the beach to see about getting a triple tail on fly and were met with over 20 boats and not many fish. He cast at 2 fish and got the cold shoulder so we switched to the catch every thing fly, the toad. He cast at the 3rd fish we saw and it ate. It ended up being a 6 pounder. The tide was about to turn to start out and we headed back inshore to look for floaters. By now the sea breeze had started to blow and our first spot had white caps on it. We moved to another spot and 3 fish popped up right infront of the boat. We were moving fast with the wind and I put the powerpole down as Scott L. made a quick cast infront of the fish. One of the fish slammed the fly and was off toward TX. This fish meant business and after a run that took over 200 feet of backing I questioned if we would land him or if he would cut the leader on one of the oyster beds that litter the bottom. At the end Scott L. won the battle and was rewarded with a beautiful copper fish that was as tough as they get. The fish went over 11 pounds. We hit 1 more flat as the sky got dark and the rain threated to come our way. As we putted up even with no sun we could see the fish moving in and out of the grass. One fish went air born after the fly as the fine came tight and another slammed it as it fell from a blade of grass what a day!!!! 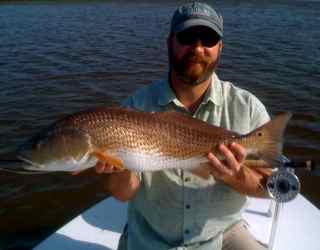 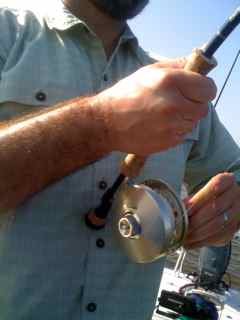 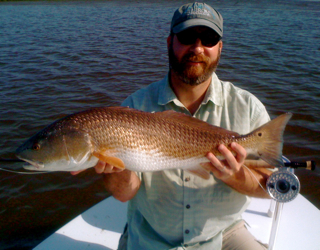 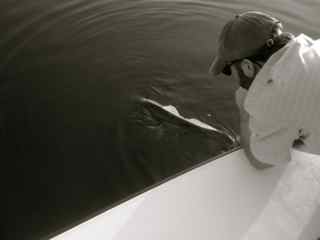 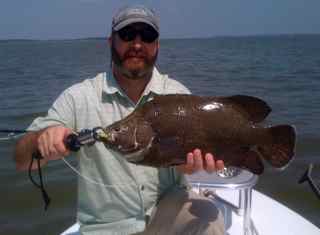 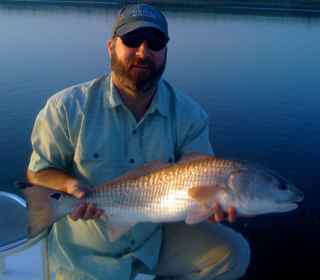 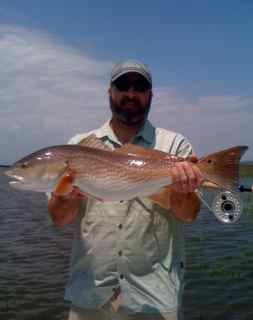