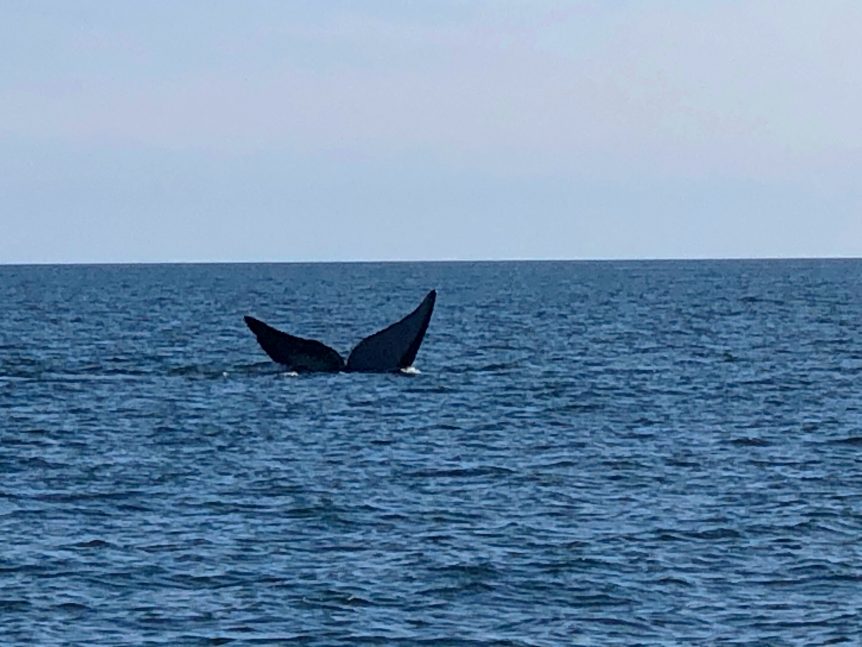 People are not the only visitors to the Golden Isles of Georgia.  Obviously, we have our share of tourists and visitors stopping by this unique sector of Atlantic shoreline throughout the year.  We also get waves of migratory fish, invertebrates, birds, turtles, and other marine life throughout the year.

This video is of an endangered North Atlantic Right Whales that we had the privilege to visit with on a recent charter.  While not a common occurrence, every few years we get lucky and run across one.  These highly endangered mammals swim through our coastal waters in winter and early spring where they give birth to their calves.  Coastal Georgia’s coastline is critical for the survival of the species as less than 400 of these majestic mammals remain in the wild.  You can learn more about the North Atlantic Right Whale and conservation efforts here! 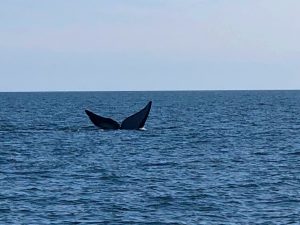 Humpback whales are also visitors to the Golden Isles on occasion. I know of several small pods that were spotted this winter as well as this past spring.  No one is really sure what brings these visitors to the Georgia Coast, however several are spotted each year.

Various Sea turtle species are starting to show up here as well.  Nesting time is coming up and Loggerhead, green, and giant leatherback turtles are arriving in our coastal waters.  Last season we saw record numbers of sea turtle nests on several of Georgia’s golden isles.  Cumberland had more than 1,000 nests and Jekyll island logged record numbers as well.  The giant leatherback sea turtle is definitely one of the coolest and rarest to spot in our waters.  These turtles can measure over 8 feet long .  Capt. Scott got a great video of a giant leatherback turtle feasting on cannonball jellyfish last season.  You can see the video Here.