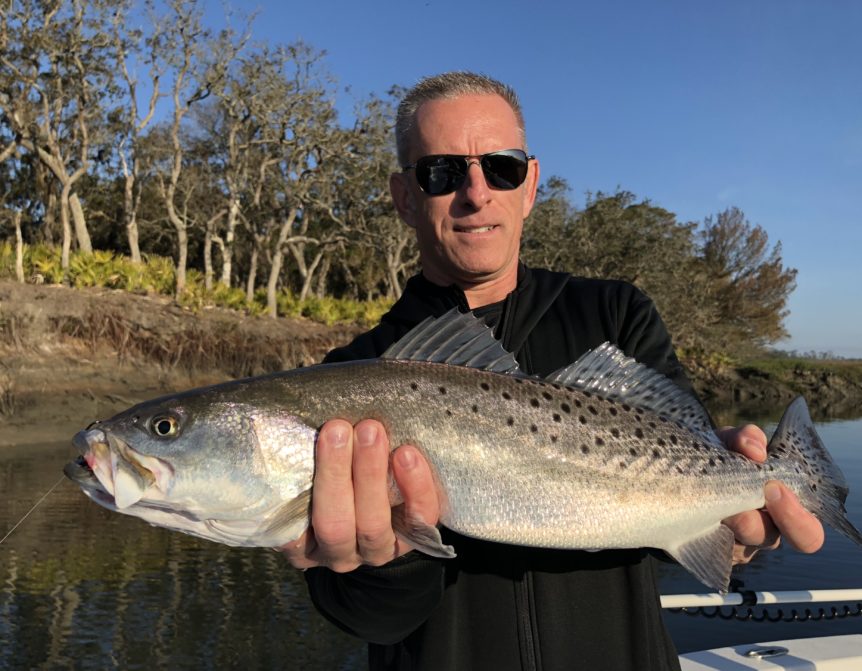 Fishing report March and early April 2018. With winter still trying to hold onto every day it can, spring here in Coastal Georgia has become a longer than normal season this year. Fishing has been for the most part rather good however with both inshore and near shore trips.  Trout, Reds, sheepshead, black drum, and even early season flounder have been plentiful and Sea Bass, weakfish, bluefish, bull reds, and some gnarly sand tiger sharks have lit up our near shore trips.

Inshore redfish have been plentiful on both the flats and in creeks and some larger than average trout have also been around.  We have been for years tagging redfish to help with state research about these very important fish to our economy and fishery.  I had a day a few weeks back where my clients and I tagged over 80 above slot reds and over 100 fish in just 3 days.  To say fishing was good those days would be an understatement.  It is good to see these numbers of fish and there have been a lot of smaller under and slot  fish around as well.

Trout have not come in big numbers but quality over quantity has been the norm.  Fish in the 16-23 inch range have been more of the norm the last month or so.  I have had a few days where we threw artificial but most fish were caught on live shrimp under a popping cork.  It’s just the old go to and easy for almost all clients to use.  In our business its about keeping people happy and doing everything in our power to make sure they catch fish.  That said the easiest way to catch those trout has been corks and live shrimp and I can’t wait until the fish are crushing topwater plugs at day break.

Near-shore fishing has been exceptional and when the seas allow us to go. we go.  Artificial lures such as diamond jigs and ducktails have produced summer trout, Black Sea bass, bluefish, and bull reds while dead bait also works and can produce some monster sand tiger sharks up to 400 pounds we prefer the jigging technique as its just fun.  There is a lot to be said for a 30 pound redfish slamming a diamond jig in 45 feet of water on a light spinning or conventional setup. Hell it’s just fun!

Triple tail have started to show up with large fish in the 10-25lb range being caught already!!  These fish are great fun as they float on their sides close to the surface allowing anglers the opportunity to sight fish for them.  Tarpon, cobra, and sharks are also just around the corner so make sure if you want to get out with either Capt. Rob or myself (Capt. Scott) don’t wait to long to call and book as days are going fast! 877-605-3474 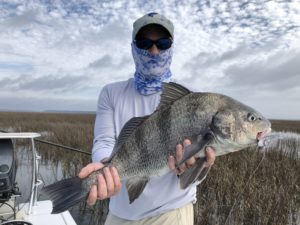 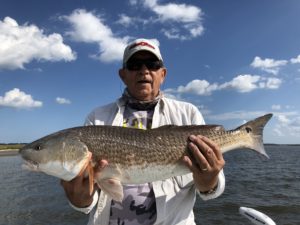 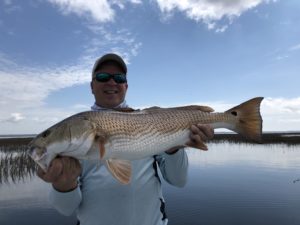 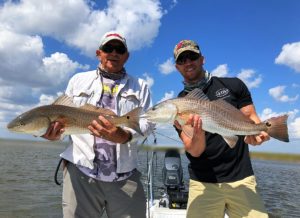 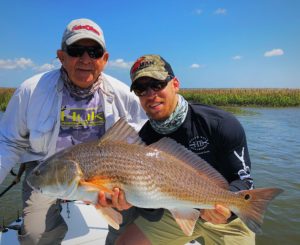 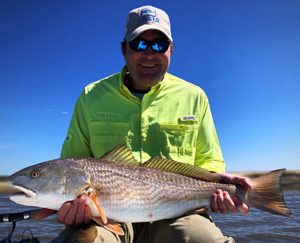 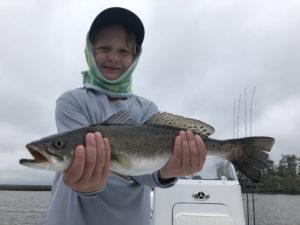 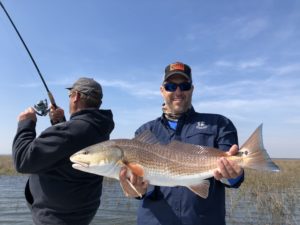 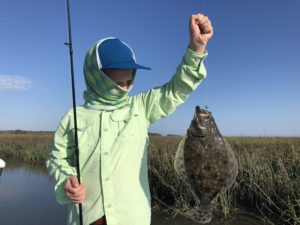 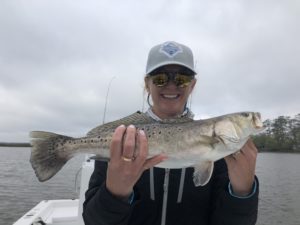 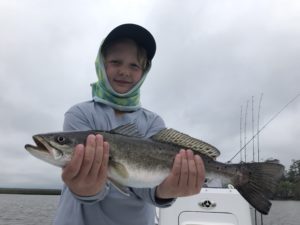 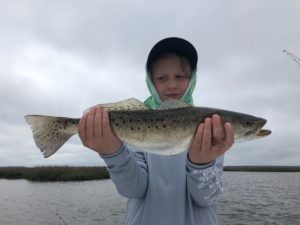 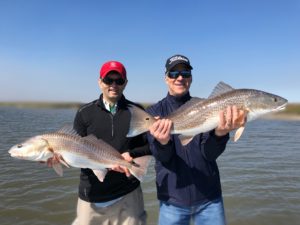 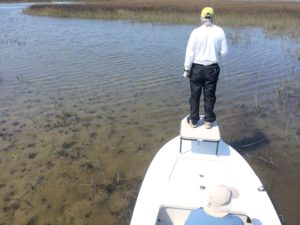 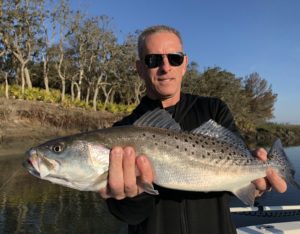